Drégelypalánk is one of the most strinkingly beautiful and historically interesting village in the centre part of Hont County. The first written document of the place dates back to 1274. It was formed from the merger of two settlements: Drégely and Palánk. The basin of the river Ipoly and the hills of the Börzsöny meet here. 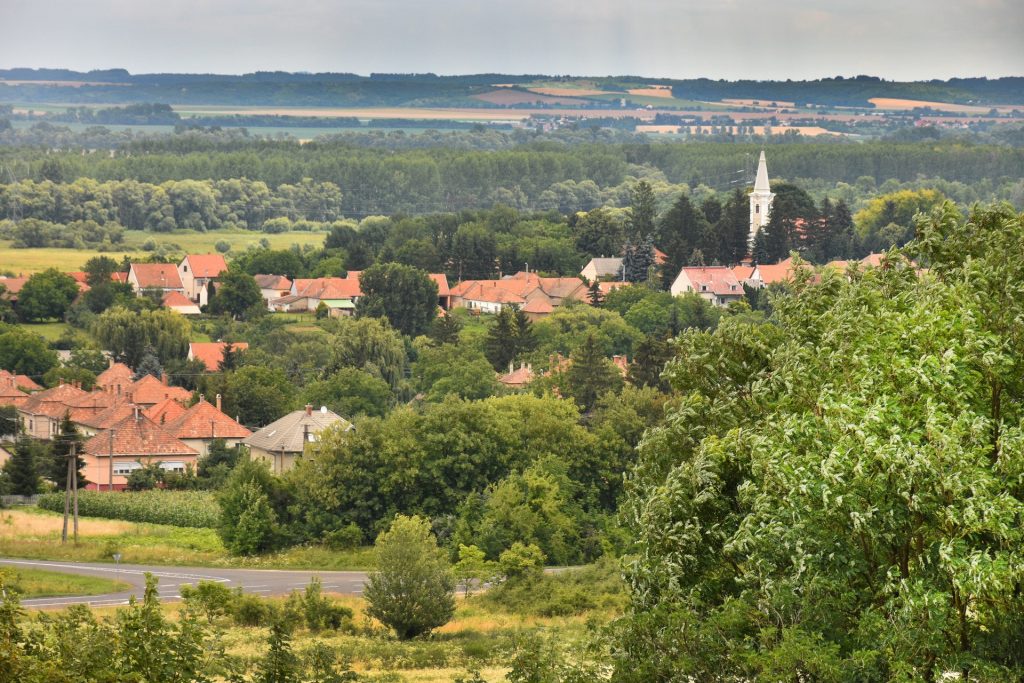 Its fortress was erected by the members of the Hont-Pázmány dinasty in the XIII. century. The castle is 5 km from the village of Drégelyvár, perching on 444 m high vulcanic top of the Börzsöny. In 1552 György Szondi and his few soldiers defended the Drégely fortification against a Turkish army. The medieval village of Drégely is mentioned as a church place, its protecting saint is Saint Elizabeth. During the years of the occupation South-Slavic people came to the settlement. In the XVIII century German settlers arrived to Drégely and Palánk. After the first World War the village lost its century-long economic relations.
Cultural-historical monuments of the village are: the Roman Catholic church from the late Baroque period (1734) with its relics of Saint Elizabeth (Árpádházi Szent Erzsébet); the baroque chapel of St. Vendel (1857); the sarcophagus of Szondi György in the Szondi Park (established by Kő Pál in 1988) and of course the ruins of the castle of Drégely. The institutions of the villages are: primary school, cultural centre, library, sport field, gallery.

„The ruins of Drégel faded in the clouds…”
Historical, Archeological and Literate Monuments of Drégelypalánk and Drégely Castle

The glory of the tiny village of Drégelypalánk stands as an uplifting example for the heroic struggle between a handful of defenders and the vast army of enemies. The fame of the castellan György Szondy and Drégely castle has endured for centuries and his commitment and fate have inspired a great number of literary works. The exhibition presents archeological finds and historical sources to understand the history of Drégelypalánk and its hilltop castle. 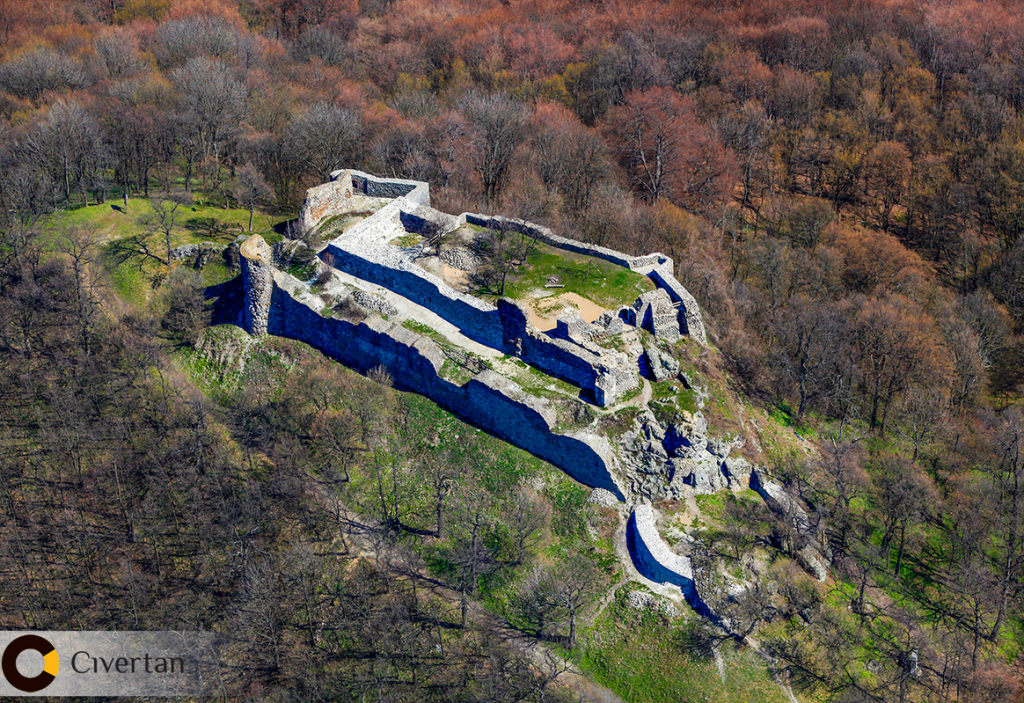 The history of the village is inseparable from the history of the hilltop castle, which was most probably named after the medieval settlement. The name Drégely, although unclear in meaning, suggests that its origins go back to the Early Arpadian Age.
The castle was built in the second half of the 13th century, in a wave of castle building that began after the Mongol invasion of Hungary. It is likely that, from the beginning, it took over the role of the county seat. The fort was first mentioned in a 1285 charter as the property of the Hont-Pázmány family. Surrendered in 1311, it was ruled by the oligarch Máté Csák until 1321. Following its occupation by King Charles Robert, it was granted royal status until 1390. In 1438 it was granted to the Archbishop of Esztergom and remained a church property till the end of the Middle Ages.
After the Battle of Mohács (1526) and the fall of Buda (1541), Drégely became part of the border castle system protecting the mining settlements. Although it never had significant military power, the castle was among those few that stood against the Ottoman troops during their 1552 campaign. Minor construction works had been carried out before the siege, including the southernmost gate with a small cannon tower. However, its facilities and troops were negligible compared to the Ottoman army, which counted tens of thousands of soldiers. Even so, the 150 defenders commanded by castellan György Szondi were able to held out for four days before sacrificing their lives. Their heroic act was recorded by both Ottoman and Hungarian chroniclers.
After Drégely fell, the Ottoman administration restored the castle and it became one of the border castles of the Nógrád sanjak, with a garrison of ca. 200 foot soldiers. The last major event in the history of the castle took place during the 15-year war, when Christian troops reoccupied it without any significant struggle in 1593.
The Ottoman occupation of Drégely must have left the settlement pillaged. However, the locals quickly recovered from their losses and life continued. The greatest change took place in 1575 when the Ottomans built a new palisade castle instead of the old-fashioned, uncomfortable and difficult to access hilltop fort. Contemporary illustrations show that the centre of the new fortification was the medieval church, south of today’s Roman Catholic church.
The Ottomans called the new castle Bügürdelen and used simultaneously with the one on the hill. Although the garrison in the new fort amounted to only about 120 soldiers, the cavarly was also stationed here.
Life of the local population continued as before, primarily centred around serving the troops in the castle. The Hungarian inhabitants lived in the village centre, in the neighbourhood of the church.

Be part of the legend!
We would like to invite you to explore a landscape inhabited by legends of the past, where every stone, tree and creek tells a story of heroism and bravery and where the pages of history books come to life. In a colourful game we act out the events of the siege and the battle. In addition, music, dancing, arts and crafts workshops and archery create the atmoshpere of the 16th century. Have a legendary time with us!

Access
Drégelypalánk is 80 km away from Budapest.
It can be accessed by car or busalong the primary route #2 [E77]
or by train [Vác-Drégelypalánk-Balassagyarmat]. 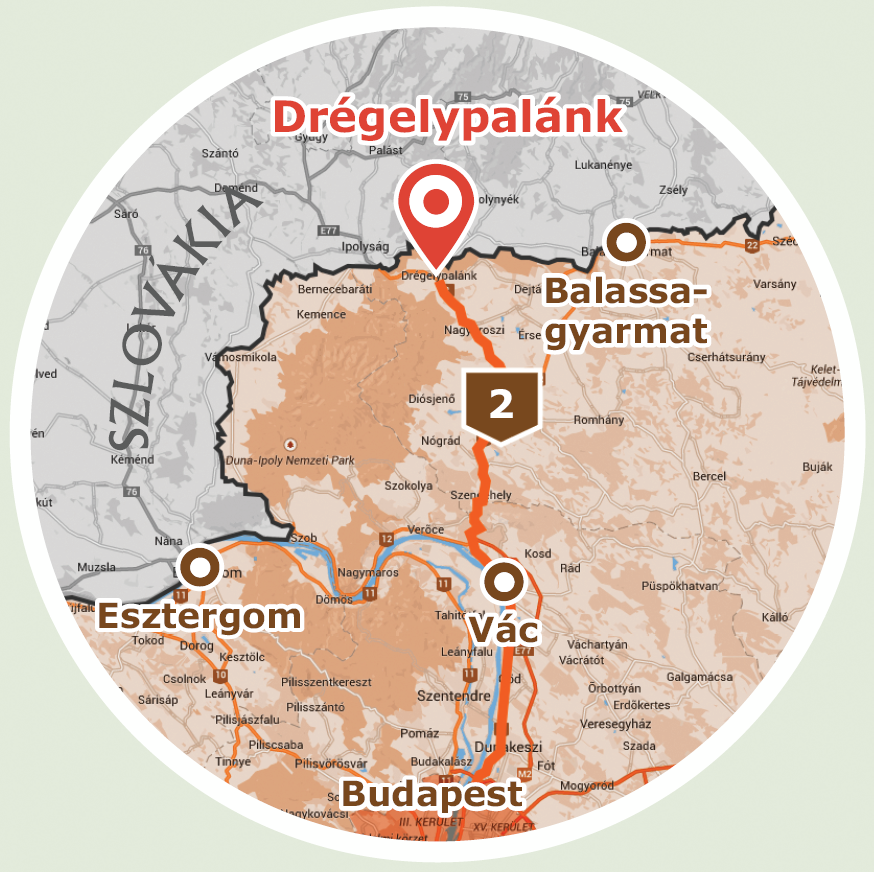